If you’ve read anything at ALL that I’ve written…then you know what I think about prayer.  It is simple.  It is portable. It is refreshing.  It is what I love.

But…..things aren’t always as they seem.

I was convicted in my spirit today.  When I woke up, I didn’t have my prayer time.  Instead I went downstairs and got my coffee.

After I got my coffee, I didn’t have my prayer time.  Instead I crawled back in bed and watched the unfolding drama of Bin Laden on Fox News.

After I watched the news, I didn’t have my prayer time.  Instead I got up to take a quick shower and get ready for a funeral that I had to attend.

After the funeral, I didn’t have my prayer time.  Instead I hurried home to have lunch because I was starving.

Where was God?  Oh, He was waiting.  He was right there…during coffee, during the news, during the funeral and even during lunch.  That’s when the ton of bricks finally fell on my head.

I didn’t have my prayer time.

Yes, I finally went in my room….closed the door (although there is no one here) … turned off the music…and met with God.  And guess what?  He still loves me.

My point is this…..He was waiting for me.  God didn’t cause some sort of calamity upon me because I missed my time with Him.  That’s not his gig.

I was selfish.  I thought of SOOO many things to do, yet they didn’t include Him.

This is my confession.  I must begin with God.  I exist only because God wills that I exist.

Psalm 39:4 “Lord, remind me how brief my time on earth will be.  Remind me that my days are numbered, and that my life is fleeing away.” 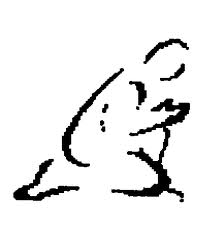 I love my quiet time with God. 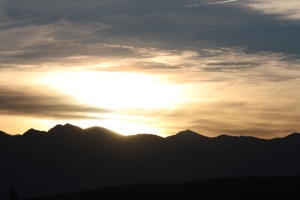 It doesn’t matter how broken or crippled I am, I can draw close to Him and He hears my every plea.  He waits quietly, patient and understanding.  Sometimes I find myself crawling into His presence, unable to speak.  Romans 8:26  says “In the same way, the Spirit helps us in our weakness. We do not know what we ought to pray for, but the Spirit himself intercedes for us with groans that words cannot express.”

THANK YOU!  I have felt so broken at times that I just sit and cry and let the Holy Spirit translate my tears to my heavenly Father.  Then a peace….God’s unmistakable peace….washes over me and I instantly quieten and listen to what He has to say to me.

The storm can blow in some very disturbing thoughts.  But rather than trying to change my circumstances, or change someone else, I ask God to change me.  And when I allow God to transform my heart, my attitudes, and my thought patterns, I begin to see things differently.  This couldn’t take place unless I deliberately decided to partner with Him.  As I get nearer to Him everyday in prayer, and by reading His Word,  He draws nearer to me and teaches me more about Himself.

So today, I will wake up and tell Him, “Yes!”  I will tell Him ‘yes’ to whatever He decides to bring to me for this day!  It’s like a great, wonderful present that He has given me and I want to unwrap it before I even get out of bed!  Thank you for the blessings I will receive!  Thank you for the opportunities that are coming my way today!  And the storms?  Thank you that YOU will be there with me…holding me and guiding me all the way.  Thank you! I want to be quiet and listen to You today.   Come and  sit with me Lord…