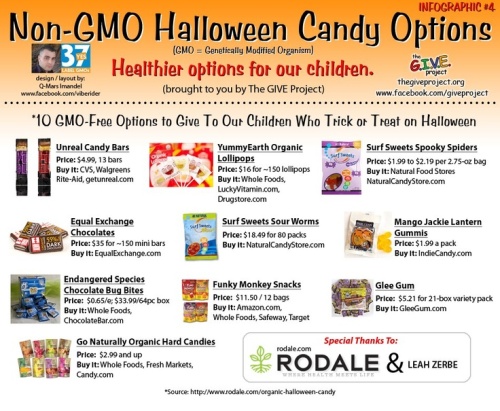 OR MAYBE THIS WILL HELP…

‘fast food’ for kids with autism…

Autism is described as a developmental disorder that has a collection of symptoms in three major areas such as, social interaction, language and behavior.  But not every child is exactly alike with some showing signs in infancy and others in the first few years of life.

The Mayo Clinic has given some more specific symptoms:

Since there is no one cause of autism, and no single treatment, making some changes in the diet might help with a few behavioral or developmental challenges!  Try to remove gluten, milk products, sugars, soy and artificial flavorings and coloring from his or her diet.  Remember that protein, fiber and good fats are needed to stabilize blood sugars .. which is critical in autistic children.

SO WHAT DO WE DO?

First of all, STAY AWAY FROM SODAS!  Instead try giving your child water or diluted juices, vegetable juices or seltzer water.

REMEMBER SOME FIBER!  How about some high fiber options such as fruits, beans nuts or seeds.

ALWAYS CHOOSE ORGANIC!  If it’s USDA Organic, then it has been produced without the use of harmful pesticides, artificial fertilizers, growth hormones or antibiotics and other nasty’s that shouldn’t be in our food anyway.

SOME IDEAS TO PACK IN YOUR CHILD’S LUNCHBOX!

Avoid plastic wraps for sandwiches and opt for wax paper or parchment paper.  Let your child help you pick out their lunch container and remember to keep it fun.  Use a cookie cutter for unique shapes for sandwiches!  Make it interesting and remove all the stress out of lunch or dinner time.  Most schools give the kids 20-30 minutes for lunch so pack what is healthy yet in small bites and focus on healthier options. 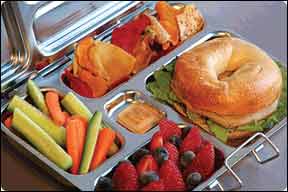 This plant from West Africa has a berry that is completely organic, all natural, non-GMO and contains an active glycoprotein called miraculin.

When you eat this little berry, the miraculin temporarily binds to your taste receptors (buds, I call ’em) to block the ability to taste sour flavors and even alters many other flavors in food like spicy, salty and bitter tastes!

The miraculin is considered to be a sugar substitute.  And this little berry, my friends, could change the way we look (and taste) our food!  Imagine…enjoying all kinds of ‘forbidden’ foods again!  It’s true!  Lemons taste like candy!  Limes taste like a sweet orange!  Can you imagine squeezing lemon juice into your coffee to sweeten it naturally?

WHERE CAN I GET IT?

If you are not going to wait and grow your own berries, then you can purchase it in a tablet form.  This is the most practical way because the berries are freeze dried and then formed into tablets, which give them a longer shelf life.  You can find them from www.mberry.us or even on Amazon HERE.  If you buy frozen berries, do not thaw them unless you are going to consume them right away.  Let them come to room temperature for about 20 minutes.  And if you get the whole berry, don’t eat the pit, of course.

Also keep in mind that the effects of the miracle berry last approximately 30 – 45 minutes and varies with each person.

Here is a simple recipe taken from the Miracle Berry Diet Cookbook that I highly recommend if you are going to try out this berry!

Combine the yogurt and lemon juice.  In a tall glass, layer half each of the yogurt, berries and granola.  Repeat.

When you are ready to eat, let the miracle berry tablet dissolve on your tongue and then enjoy the dish! 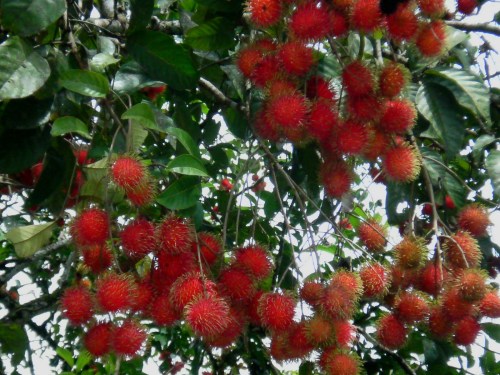 Native to Malaysia, this fruit is also grown in  Indonesia, the Philippines, and Australia.  This particular tree can grow to about 50 – 80 feet high, but it’s not the height that interests me….look at the fruit!  Have you ever seen anything like this before??

Rambutan is closely related to the lychee fruit (and I know you remember THIS post, she said sarcastically).  And here’s the weird part…there are three different kinds of rambutan (no, that isn’t the weird part, the next part is the weird part).

To the peeps in southeast Asia, this little beauty is as normal as an apple is to us, or at least most of us.

Yep.  She’s pretty hairy, isn’t she….or he?  The word “rambut“ in Malay is ‘hairy’, which you can see on the spiky rind, but don’t worry…if you bit into one of these little jewels there would be no ouchie.  They are soft and harmless.

So what do we do with it and how the heck do we eat it:   You can purchase the rambutan in Asian/Chinese markets in the produce area.  And you want to look for ones with bright red skin, not so much orange or yellow.  And don’t purchase if you see they have ‘black’ hairs….in fact, don’t purchase anything in the produce section with black hair on it…..(insert gag here).

Health Benefits:  Rambutans are high in vitamin C, plus copper, manganese, and trace elements of many other nutrients such as potassium, calcium, and iron.

How do we get to the good part:  Make a cut through the skin with a sharp knife.  Note: If your rambutans are very ripe, they can also be twisted open between your hands, and the fruit simply pops out.  Next peel away the skin and either cut out the seed inside or pop it into your mouth and have fun spitting the seed out!  (they frown on this in the produce department so wait until you get home).

Here’s a beautiful and tropical fruit salad to enjoy! (via)

Star Fruit Tip: To keep starfruit from going brown after slicing, simply drizzle over some fresh lime or lemon juice.

Yacón……what is it and what do I do with it?

Well here’s another beauty that has escaped me.  The yacón. (pronounced ya-kon) In the Inca language, yacón means ‘water root’.

Another name for the yacón is Peruvian ground apple.  A perennial tuber grown in the ground, with a taste similar to a cross between celery and a Granny Smith apple and a touch of pear.  This little treat is naturally low in calories and high in fiber….and can’t we all use a little more fiber?  (is it me or does this sound suspiciously like Jicama?)

“The tubers and leaves contain high levels of inulin, a form of sugar humans  cannot easily break down, making it low in calories. Inulin also aids digestion  and promotes the growth of beneficial bacteria in the intestine, while  inhibiting toxic bacteria. Recent research also has found that yacon tubers and  leaves are a good source of antioxidants.”(source)

Yacón also benefits the bacteria in the intestinal tract and colon that boost the immune system and aid digestion, something else we need….digestion! This potential as a dietary aid and as a ‘sweet spot’ for diabetics has led to yacón being grown more widely, and thankfully in America!

Here’s what the Guardian News has to say:

“Yacón has a crunchy texture, slightly reminiscent of water chestnuts, and a sweet flavour, so it’s rather good simply peeled, sliced and eaten as a snack. It’s great in salads too, though its tendency to brown means that you should add it at the last minute, once everything else is assembled and ready to be dressed, or sprinkle with a little lemon juice to prevent it discolouring as it’s peeled (and do peel it, the skin can be a little bitter).

Yacón also has a delightful tendency to absorb sauces and dressings, which make it a fantastic vehicle for other flavours. Try it grated with carrots in a mustardy vinaigrette with a handful of sunflower and pumpkin seeds, or in the traditional South American fruit salad, salpicón. Combine peeled, chopped yacón with chunks of pineapple, chopped papaya and mango and dress in freshly squeezed orange juice and a spritz of lemon.

You could also use yacón instead of apples in a Waldorf salad. Just peel and dice the yacón and toss it in lemon juice to stop it from going brown, then combine it in a bowl with chopped celery, some raisins and walnuts. Dress with mayonnaise thinned with a little sour cream and serve.”

You can purchase yacón in powder or slices HERE.  Or find it in syrup form HERE.

First of all….did you even know there was a lucuma tree? With lucuma fruit? Well, you’re in for a sweet treat!

Apparently, Lucuma trees are native to the highland tropics of the Andes mountains in South America.  They are also the national fruit of Chile.  Side note: USA does NOT have a national fruit, but some individual states do.  You’re welcome.

And they’ve been around forEVER without my knowledge.  They are also called, ‘egg fruit’ since the fruit has a dry flesh (think hard boiled egg yolk texture).

So here we have a fruit with a dry flesh and a taste that is sort of maple syrupy and sweet potato rolled into one!  Some say it tastes like custard and a bit like pumpkin, but you will have to judge it for yourselves. You can purchase it HERE.

So what do we do with it?  You can purchase lucuma powder and use it in baking cakes, cookies, pies and muffins. Lucuma powder can also be used to sweeten smoothies, yogurt, or just eat it raw!  There are so many possibilities!  It has a naturally sweet taste and does NOT increase your blood sugar levels!

Try this smoothie from Navitas Natural

afternoon pick me up

Need a lunch meal replacement or an afternoon pick me up? This is a Navitas office favorite. 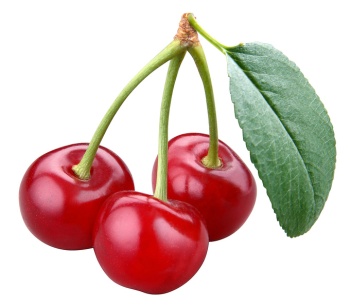 Yes, they are delicious but did you know can knock the socks off gout and also help in alleviating arthritis?

Just one cup of sweet or sour cherries contains about 130 calories and are a source of beta carotene, vitamin C and potassium.  There has even been research that has found the quercetin in cherries is linked to a reduced risk of coronary artery disease.  And they taste great!!

Here is some great news for those suffering with pain and swelling:

“In research published in 2004 at Johns Hopkins University, rats were injected  with either a solution containing tart cherries or a prescription non-steroidal  anti-inflammatory drug (NSAID) and exposed to either a heated surface or an  inflammatory agent. The tart cherries significantly reduced pain sensitivity and  at the highest dosage were as effective as the drug. The authors conclude that  tart cherries may have a beneficial role in inflammatory pain. In a 2001 study  at Michigan State University, the anthocyanins in cherries were found to be  equivalent to two common over-the-counter painkillers(also NSAIDs) for  inhibiting the COX-1 and COX-2 enzymes associated with inflammation.” (source)

Remember when buying cherries, look for plump, firm fruit with green stems.  Both sweet and sour cherries will spoil quickly.  Find them at your local farmers market since imported cherries aren’t as flavorful.   Unwashed fruit should keep in your refrigerator for up to a week.  Be sure to wash right before eating, since water can cause the cherry to split and soften.

Preheat oven to 350 degrees. In a food processor, pulse graham crackers and 2 tablespoons sugar until finely ground. Add butter, and process until combined. Transfer mixture to a 9-inch tart pan with a removable bottom. Using the base of a dry measuring cup, firmly press mixture into bottom and up sides of pan. Bake until browned, 10 to 12 minutes. Let cool completely on a wire rack.

In a small saucepan, combine jam and 1 teaspoon water; heat over low until liquefied, about 2 minutes. Using a pastry brush, dab cherries with glaze. Refrigerate tart at least 30 minutes or, covered, up to 1 day.  (from Everyday Food, June 2007)