What HE does, when we obey…

What God promises if we obey Him

how do you know? 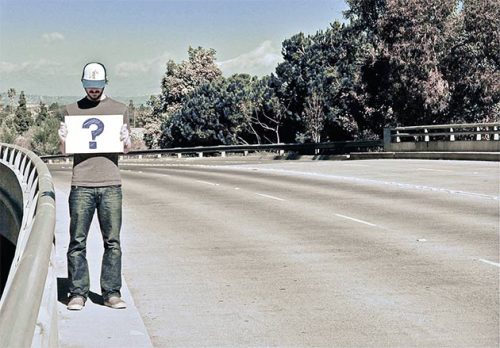 SO HOW DO YOU KNOW GOD LOVES YOU?

God says He loves you…

You’re never out of His sight…

He cares about every detail of your life…

Matthew 10:30 “And the very hairs on your head are all numbered.”

He gave you the capacity to enjoy all kinds of pleasure…

1 Timothy 6:17 “Teach those who are rich in this world not to be proud and not to trust in their money, which is so unreliable.  Their trust should be in God, who richly gives us all we need for our enjoyment.”

He has good plans for your life…

Jeremiah 29:11 “For I know the plans I have for you, declares the Lord, plans for wholeness and not for evil, to give you a future and a hope.”

Psalm 86:5 “For You, O Lord, are good, and ready to forgive, and abundant in mercy to all those who call upon You.”

He is lovingly patient with you…

Psalm 145:8 “The Lord is gracious and full of compassion, slow to anger and great in mercy.”

And this is just the beginning… 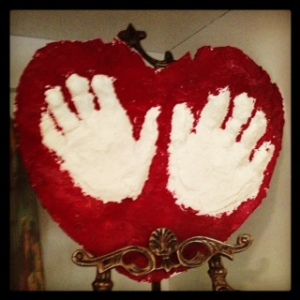 B:  Be kind and compassionate to one another (Ephesians 4:32)

D:  Do everything without complaining or arguing (Philippians 2:14)

F:  Forgive as the Lord forgives you (Colossians 3:13)

H:  Humble yourselves before the Lord (James 4:10)

I:  Imitate God, therefore, in everything you do (Ephesians 5:1)

O:  Children Obey your parents in the Lord (Ephesians 6:1)

U:  Lean not on your own Understanding (Proverbs 3:5)

Y:  You shall love the Lord your God with all your heart (Deuteronomy 6:5)

Visit http://www.etsy.com/shop/bunglehousedesigns  for printables and beautiful scripture cards with these letters!

thankful for my umbrella….

As a Christian, I am so very thankful to be under the umbrella of God’s grace and love.  And the best part?

Nothing I ever do can change that……(insert sigh here)

However……and yes, there is a however…at the same time, my behavior will determine whether or not I receive the fullness of His blessings.

What does that mean?  Sometimes we pretend to be the expert about everything.  MY WAY is the right way!  Pride is the sign of a heart that refuses to want what God wants.

2 Corinthians 12:9, “My grace is sufficient for you, for My strength is made perfect in weakness.”

When I am under the umbrella of God’s grace, HE is in control.  Everything we need, He gave us the moment we were saved!

Grace implores us to do good works, out of sheer gratitude.  Grace brings us back to Him when we fail because we wanted to do things our own way.  Once you step out from under His umbrella, you are either walking ahead of Him or behind Him and you are out from under His protection.

Are you living in a way that positions you to receive all of His blessings?  Each day we have a choice.  We can acknowledge God and trust Him, or we can step out on our own and follow our own plan.

“Now it happened as He went to Jerusalem that He passed through the midst of Samaria and Galilee.  The as He entered a certain village, there met Him ten men who were lepers, who stood afar off.  And they lifted up their voices and said, “Jesus, Master, have mercy on us!”  So when He saw them, He said to them, “Go show yourselves to the priests.”  And so it was that as they went, they were cleansed.  And one of them, when he saw that he was healed, returned, and with a loud voice glorified God, and fell down on his face at His feet, giving Him thanks.  And he was a Samaritan.  So Jesus answered and said, “Were there not ten cleansed?  But where are the nine?  Were there not any found who returned to give glory to God except this foreigner?”  And He said to him, “Arise, go your way.  Your faith has made you well.”

I love to read stories in the Bible because when you are truly reading and seeking Him, amazing truths seem to pop out of the page and right into your lap.

There were ten lepers in the village that Jesus passed through.  They were miserable and wore a horrible disease and they all wanted the same thing….to be healed.  I wonder if they had heard about Jesus performing miracles in other towns and decided to take a chance and cry out for healing.

SIDE NOTE:  Have you ever wanted something so bad and you’ve prayed that God would answer your prayer (the way you wanted it answered) and were actually stunned when He does?  Or did you even notice that HE answered…..not karma, not good luck….but GOD.

What did you do?  Did you drop to your knees and thank Him?  I know that there are so many times (gulp) that I have used God as a genie….or made a silent pact with Him, like, ‘ok…if you do this…then I’ll do this…”

Thankfully, when I asked God to come into my life, the Holy Spirit set up shop right there inside my heart.  As a believer, I am like a container for God being filled with His goodness and joy and HE should always be first in my life and in my actions.  In Psalm 119:11, David says, “Your word I have hidden in my heart, that I might not sin against You.”

But in this passage of Luke, only one leper gave thanks.  Only one leper looked down as he walked to show himself to the priest and saw healing.  Unbelievable.  The one thing he wanted more than any….he was healed.

But that wasn’t the only miracle.

Can you hear the sadness in Jesus’ voice?  “Were there not ten cleansed?  But where are the nine?  Were there not any found who returned to give glory to God except this foreigner?”

Can you recognize God’s blessings?  Has He healed you of something….disease, finances, job…..have you thanked Him?  I don’t want to be like the other nine lepers….so excited about their healing that they either forgot or said, “That’s okay God, I can take it from here.”

I am thankful for God’s grace.  He doesn’t keep score and no amount of ‘good works’ will make Him love us anymore.  I want to have Him in my heart and on my lips so when I receive His blessings I will immediately be reminded of His love and grace. 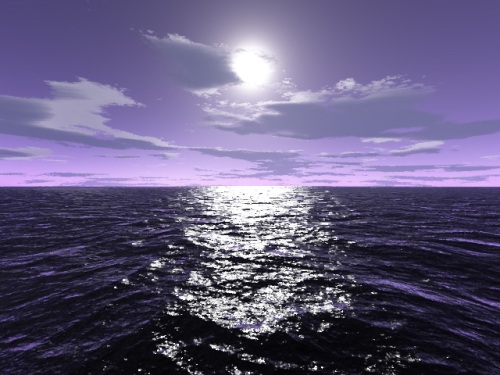 Did you know that there’s more to the Serenity Prayer?

Goodness knows who wrote it, since originally thought to be Protestant theologian, Rienhold Niebuhr.   However, the origin isn’t what this particular post is about.  I’m more interested in the second verse.

Yes!  There is a second verse!  I think the second verse is even more important than the first verse!!  It’s beautiful!!!

God grant me the serenity

To accept the things I cannot change;

Courage to change the things I can;

And wisdom to know the difference.

Living one day at a time;

Enjoying one moment at a time;

Accepting hardships as the pathway to peace;

Taking, as He did, this sinful world

Trusting that He will make all things right

If I surrender to His Will;

That I may be reasonably happy in this life

And supremely happy with Him

Forever in the next.

it’s not about the bunny….

As a Christian, our faith rests on the fact of the resurrection of Jesus Christ.

For those of us who believe the Bible is an accurate account of the birth, life, death and resurrection of Jesus Christ, then we have a lot to rejoice about!    HE ROSE FROM THE GRAVE!!!!  FOR YOU AND ME!!!!

Watch this beautiful…yet difficult video about the crucifixion of our Lord and remember…..THIS is what Easter is all about.