During WWII, Irena got permission to work in the Warsaw Ghetto, as a social worker, and occasionally posed as a nurse.  She had an ulterior motive.

Irena smuggled orphans off the streets in Warsaw.   She also carried a burlap sack in the back of her truck  (not her truck) for larger children to hide inside. The most famous of the child survivors, Elzbieta Ficowska, was rescued in the bottom of a tool box she carried, at 5 months old. Irena’s network of rescuers was almost all social workers, consisting of 24 women and one man.

Irena kept a dog in the back of the truck that she trained to bark when the Nazi’s let her in and out of the ghetto. The soldiers, of course, wanted nothing to do with the dog, and the barking covered the sounds of the children’s cries. 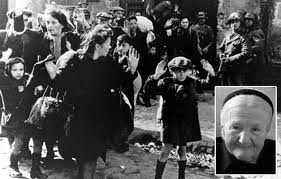 During her time of doing this, she smuggled and saved 2,500 children.  Sadly, she was caught by the Gestapo and put in Pawiak Prison where she was tortured and her arms and legs were fractured.

Irena kept a record of all the children she had smuggled out, in a glass jar and buried under an apple tree in a friend’s backyard.  After the war she tried to locate any parent that had survived and tried to reunite the family.  Most of them had been gassed.  Those children she helped place in adoptive or foster families.

She was not selected.

Later Barak Obama won for his work as a community organizer for ACORN. 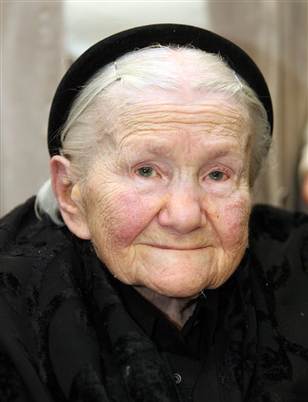 I want to remember Irena Sendler.  She is my hero.  She is worthy of a Nobel Peace Prize.

13 thoughts on “do you know Irena Sendler? you should……”